In our last post we stated that Jesus is building His church, and His concept of that is that we will be one as He and the Father are one, through sacrificial love which will bring about complete heart unity. We will continue to speak about the heart issues we must deal with in ourselves, and the mindset we must have to accomplish this. We will also talk about how this will happen and be brought about by the Holy Spirit. In the natural it may not look so good at times, but, Jesus is going to bring it about because He is coming for a church without spot or wrinkle.

Today we will start to explain from the Lords’ perspective why this is so necessary. It is not just that He desires it, but He needs it because of what is going to happen.

The Lord commands His blessing on unity. He says that He will pour out His Spirit upon all flesh. This will be for the final harvest of the earth. It will be greater than in the Book of Acts. Hosea 6:3 states, He will come unto us as the former and the latter rain. He needs the unity which is built on the foundation of sacrificial love which brings about complete heart unity and results in maturity so we can handle the commanded blessing that the Lord wants to pour out so He can bring in the Harvest. We must be mature so we can handle the power without becoming prideful, and so we can oversee and facilitate properly all that will happen during that time. Remember what happened to Ananias and Sapphira when the power of God was released in the early church. We must be a holy people in every way (Acts 5:1-11). When that time comes in the future, if it is still about me and my ministry instead of about Jesus and His Kingdom, then I will not be ready. Here are some scriptures from the NIV that talk about being ready.

I want to finish this post with a quote from Rick Joyner, a well know prophetic voice that God is speaking and giving guidance through for these times.

The last wave of ingathering was the greatest the world had ever seen, but what is coming will greatly eclipse it. The Great Commission will be fulfilled. The preaching of the gospel of the kingdom will be accomplished all over the earth. The bride of Christ will make herself ready and become the pure, spotless, and the beautiful queen she is called to be. The messengers of God will walk in unprecedented power and authority because of how they will abide in the Lord.

I was shown that what is coming will be like a tsunami. I was told that, like a tsunami, the waters of Christianity will begin to recede before this great wave strikes. It will seem like, for a time, Christianity is in retreat all over the world just before the greatest move of God the earth has ever had sweeps the earth. If you think Christianity is receding now, it is not time to chase what is receding, but it is time to get to the high ground!

The high ground is being seated with Jesus on His throne in the heavenly places. Like all truth, this cannot merely be a doctrine, but literal. We must abide in the Lord in all that we do, all of the time. The foundation of this is experienced and entered into in local church life as it is called to be.

A key word here is ‘as it is called to be.’ A great transformation is coming to the church, but it will only include about 10% of those that are now Christians. It is not that the other 90% will be lost, but they will have to start over again on a right foundation, or join those who have been built on a right foundation. Many Christians will likewise have their lives turned upside down, when as much as 90% of the things they now give themselves to will be removed. This is so they can fulfill their purpose in the last great move of God before He returns.

I was shown all of this in a two and half day open vision in 1987. Most of what I was shown in that vision has already come to pass, and the rest is unfolding now. We can make this transition much easier by giving ourselves to what is eternal and not being so consumed by the things that are temporary. We were bought with a price. We’re not our own. We are His, and we are on this earth for His purposes. We must find that purpose and focus our lives on accomplishing it.

The ‘key to the kingdom,’ or the truth that opens the door to the kingdom for us so that we can live and abide in it, is the exhortation to ‘seek first the kingdom.’ The Lord promised that if we would seek His kingdom first, He would take care of everything else for us. This is the ultimate call at this time—to put the interests of the kingdom above any other interest we have.

The purpose of RKN is to lay the foundation now within our hearts through loving relationships and prayer so the Holy Spirit can bring about that complete unity in the future. This is the prophetic word going forth in the church today but many hearts are still focused on the tsunami rather than on true unity. Complete unity takes effort and sacrifice, but like the apostles that walked with Jesus many want the glory and power without the sacrifice. The apostles got it right eventually and with the Lord’s help so will we. 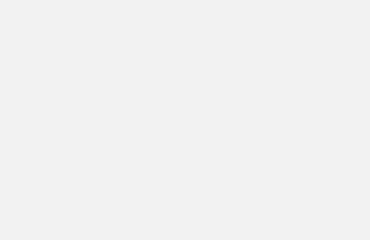